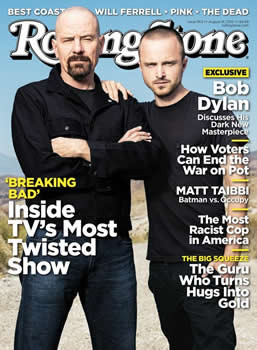 Rolling Stone magazine was founded in San Francisco in 1967. It embraced and reported on the hippy counterculture during the late 1960s and 1970s, and its rise to fame was synchronous with such bands and artists as the Grateful Dead, Beatles, Doors, Rolling Stones, Jimi Hendrix and Janis Joplin.

While it's focus on music and the recording industry was primary, the celebratory causes of the day were also indelibly stamped upon its pages. The Vietnam War, Environmentalism, Feminism, Abortion and Gay Rights were among the many causes embraced by the left-leaning journal. Music, followed by movies, dominated the magazine, along with hip and often divergent art, photography, and journalism.

This product hasn't received any reviews yet. Be the first to review this product!